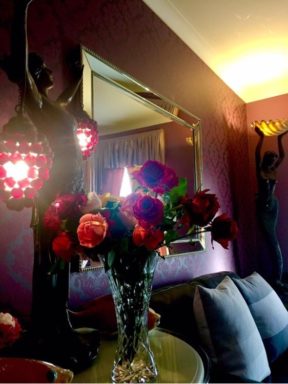 Brothels in Melbourne’s Western Suburbs seducing customers from the City and East.

Contrary to the popular notion that the majority of Melburnians aspire to live and play only in the city’s leafy eastern suburbs, Melbourne’s western suburbs have great appeal to many people because it is rapidly creating a lifestyle that trumps many other considerations. Areas like Point Cook provide desirable homes, amenities and proximity to the bayside beaches, and the vitality of the Asian markets around Footscray compete with the more well-known markets of the city. The re-vitalised and gentrified dignity of Williamstown is a magnet for tourists, visitors and happy locals who all enjoy the magnificent dining, waterfront attractions and beautiful views across to the city.

Williamstown’s brothels and other brothels in the western suburbs also add to the desirability of the area. This is because of the short travel time from the CBD across the Westgate Bridge during the day for busy professionals, and the discretion and privacy from the very public doorways of brothels in the east and around South Melbourne. Being the western suburbs’ gateway to Melbourne, Williamstown’s brothels are an especially welcome attraction for people living in the west, or prior to continuing into the CBD or after clearing the peak hour hassles of the city’s freeways.

Brothels in western suburbs have existed since the area was the main port of Victoria, catering first to the mariners of old Williamstown, then to the workers in the polluting smokestack factories which used to dominate the landscape. With the worst of the factories gone, the area has become residential and with the Westgate Bridge giving easy city access, people have flocked to the inner western suburbs renovating the old worker’s cottages and building new homes, bringing new wealth with them and demanding better services.

For the brothels in the western suburbs who remained in a time-warp, business has become difficult from the heady days of even three or four years ago with new factors like internet competition, illegal massage parlours and of course the economic conditions putting pressure on disposable income. Some however have boomed. A case in point is the premises at 18 Albemarle Street in Williamstown which started life more than twenty years ago as “Barbarellas”, which allegedly fell afoul of the law. It was then re-born some time later as “Sea Pearls” until it too closed its doors some three years or so back after failing to move with the times, to be followed by a brief and unfortunate life as “Hush”, which also appeared to have not heeded the writing on the wall.

Enter the dragon, in the form of the lovely Lily Yang, who purchased the rights to 18 Albemarle Street in 2016 and determinedly set about creating The Cherry Tree Garden which opened its cherry red door about a year ago. Lily’s vision was to create an old-world elegance filled with happy and beautiful young women because she believed men want to be lifted from the mundane to the magical occasionally. Her customers discovered a discreet, old-world bordello-styled brothel designed for a world when style and sensuality mattered, and it prospers.

The premises are a reminder to all that to prosper in a changing world, adapting is essential. It has been since Darwin first put forward his theories of natural selection in front of an astonished world. The Western Suburbs have changed beyond recognition from a generation ago and the brothels in the western suburbs must also do so or follow the dinosaurs.