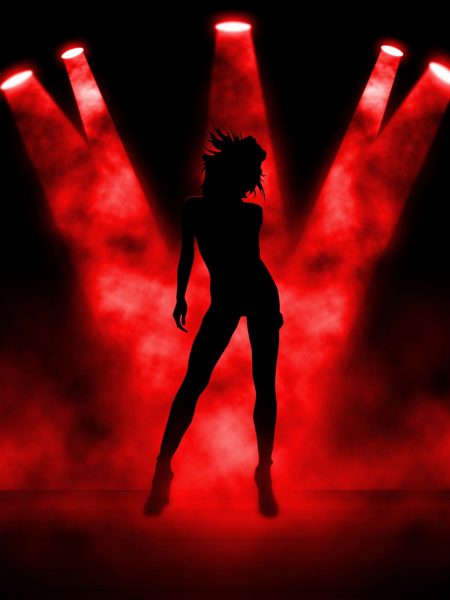 ‘It’s just seedy with a lot of sleazy types hanging out in the corners in the dim lights’.  This may be the response you’ll get if you ask for someone’s perception of the adult entertainment industry in Melbourne, at least about the strip clubs, movie houses and brothels. I’d be the first to agree this stereotype still exists in some of these venues, but it’s one the adult entertainment industry in Melbourne is working hard to dispel.

The first point to make is that “Adult Entertainment” is a politically correct term for a wide-ranging industry encompassing strip-clubs and karaoke bars, brothels, shops selling toys, pornography, some movie theatres, men’s magazines and many others, both legal and illegal, particularly as related to sex work. I want to talk a little about the strip clubs and brothels, which I would guess draw most of the public relations ire, as the remainder involve mostly passive, arguably harmless, interactions with the customers (unless you are of the religious wowser brigade).

Over the last decade, visitors to strip clubs and brothels has been in decline.  There are many reasons: economic ones as disposable incomes are more carefully watched these days; the image people have of these places; and the alternatives that are available. For the brothels, this includes cheap illegal offerings, and for the strip clubs, people preferring to stay at home ordering takeaway, a six pack, and watching online porn rather than being exposed to the drugs, alcohol abuse and violence we read about all too often in the newspapers. Both of course are also severely hit by the ubiquitous social media hook-up apps like Tinder.

No-one’s suggesting either of these two are going broke just yet, and a few of the professionally run establishments are working hard to reverse the trend and make their businesses places that people want to visit, or not feel embarrassed when they do. Some of the Melbourne strip clubs, for example, have gone down the burlesque route, putting on shows to create more of a party atmosphere.  The result has been that sometimes as much as 40% of their guests are women on weekends – women who come to be entertained, not to entertain. In a quirky twist, this popularity has come with something of a downside.  More women have become interested in learning some of the “dark arts” and are taking up stripping and pole dancing in record numbers. A bad thing? Well, according to some owners, this has had the unfortunate outcome of making these tricks more mainstream and removing much of the mystique. For example, many less than sculptured older women can find gigs in competition with the perfectly shaven millennials in a range of adult entertainment venues, home parties, private celebrations and so on. Once sexualised activities like pole-dancing or stripping become normalised, they lose their draw-card ability. They need to remain a bit naughty with a stigma to be relevant, otherwise much of the adult entertainment value is lost.

On the other side of the coin, the legal brothels in Melbourne face their own challenges, some have even given up under the pressure of the illegal shops operating unchecked in Melbourne. Other, more professionally run establishments, like Lily Yang’s Cherry Tree Garden, have risen to the occasion by broadening their appeal to couples and adding back the mystique with old-world charm.  Lily has taken on the challenge of broadening her appeal with her hilarious “agony aunt” column “Dear Lily” and opinionated blogging, challenging the stereotypes on places like www.lilyyang.com.au with her social commentary, as well as committing money to help alleviate human tragedies like child sex trafficking through her own charity, The Sunlight Foundation.

Like every business, keeping an eye on the trends that add to or take from your appeal is essential. In this regard adult entertainment in Melbourne is just like every other industry: those that change and remain relevant will prosper, and those that don’t will fall by the wayside.